Finally, An Innovation from Apple That is Worthy of Steve Jobs’ Name

The Apple watch left me underwhelmed as did the plethora of me-too tablets and phones which are barely struggling to keep up with the ever more nimble competition. I wrote a blog about the Apple Watch here wondering whether the company had lost its mojo.

When I found out about Apple SIM, having written a book on The 5-STAR Business Networks, I suddenly realized the true potential of this great leap forward by Apple. Obviously, there are more than several ways to skin the cat. While everyone was looking for the next innovative product, that Apple has produced every few years in the past, what slipped our attention was the innovative service which will make Apple tablets so much easier to use – especially by its target, high end market.

If you do not know much about Apple SIM – you are not alone. In fact there was not a tweak about it in the usual Apple staged events where the Apple Watch and other new gizmos were introduced. The service (product) was launched quietly as one of the embedded features in the new generation Apple tablets. So what is Apple SIM? As per Apple:

The new Apple SIM is preinstalled on iPad Air 2 with Wi-Fi + Cellular models. The Apple SIM gives you the flexibility to choose from a variety of short-term plans from select carriers in the U.S. and UK right on your iPad. So whenever you need it, you can choose the plan that works best for you — with no long-term commitments. And when you travel, you may also be able to choose a data plan from a local carrier for the duration of your trip.

Clearly, if you are a frequent business traveler, this service will fulfil your CFO’s dream. The international roaming charges are so high that in most cases you have to mostly restrict your time on line to when a WiFi network is in reach. Is this a big deal? 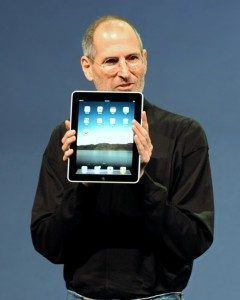 From the customer’s point of view, their ability to be online wherever they are is necessary for using all cloud based applications including emails and messaging systems.

If it costs an arm and a leg, as it currently does, customers will grudgingly put up and restrict usage to a bare minimum – while trying to find work-arounds. Some companies, such as Vodafone or Globalgig do provide similar services so this is not a new offering.

Yet, I would characterize the state of the play as akin to the digital music players market before the original, cute looking iPods came along and made all the rest look like clunky dinosaurs. I must admit, I have not used the Apple SIM yet, because of its current limited ability.

Nonetheless, I have used many of its competitors’ and I can attest to the fact that their services work with a lot of clumsiness. Thus, therein lies the opportunity, and challenge, for Apple.

If Apple can make the service as user-friendly and seamless as the rest of its offerings, it will win big in the next tablet war. Well, at least till Samsung and Google figure out a way to beat Apple in this new business network game.