How To Get The Biggest Bang For Your Technology Buck 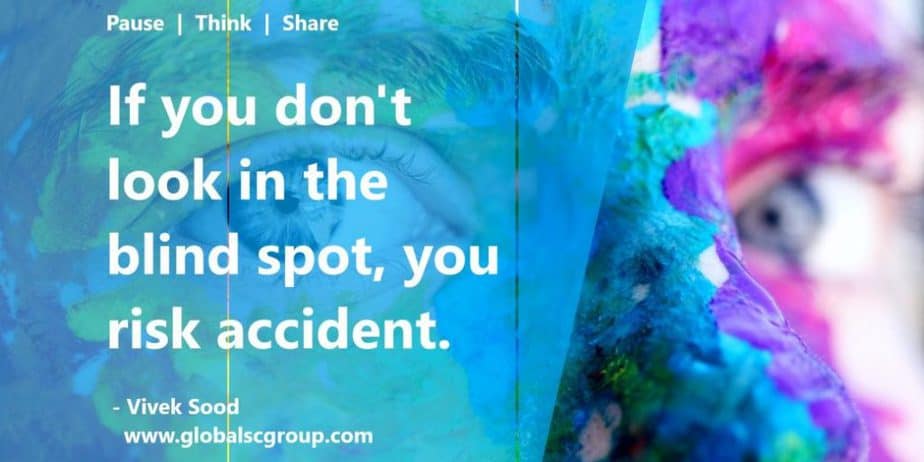 There were only 24 hours left. Tomorrow the board would pull the plug on the project which had continued for well over 3 years. The total costs as per internal calculations had run into hundreds of millions of dollars.

External consultants reckoned that when you included the costs of internal resources seconded to the project from rest of the organisation, and other costs buried elsewhere in P&L’s the real total was at least double of that.

However, the project had built a momentum of its own. No one was willing to point at the elephant in the room, let alone to lead it out. Careers were at risk. Good careers – built over several years.

I will talk about the outcomes later in this piece. Before, I do that I want to spend some time talking about how did the company arrive here?

How did so many competent people miss obvious and easy signs that the project was not on track. More importantly, where did it all go off the rails?

Was this a unique situation – with no lessons for  others grappling with technology outsourcing?

Of course, I have covered these, and other similar questions in my book OUTSOURCING 3.0, and in my blogs and videos. The book, in particular, carries a very comprehensive model and diagnostic tool kit, which is value for money.

In this piece, I want to focus on only a few key points. And, I want to frame it as a positive affirmation of key things that would build momentum towards success.

Three kind of congruence is important:

In the case quoted above, while minor lapses occurred in all three, several major gaps very readily apparent in #2. It appeared as if IT team was working in total isolation from the Supply Chain and Business Transformation team – though their projects were closely linked.

Short term, tactical thinking – predominantly related to cost savings and control issues and considerations tend to dominate. It is quite easy to lose track of the big picture in the process. All the initial discussions and dreams of gaining competitive advantage are thrown out of the window at the first opportunity.

Then, what is the point in spending all the money? The project appeared like a lot of effort, just to stay in the same place.

This takes more than a flight of fancy. A lot of things will change when one thing changes. You cannot ever do enough of visualisation and preparation. Every time you do this exercise, you will discover some more things that need to change in parts of the processes, infrastructure, skill sets, SOPs, contracts, warehouses, etc. Change it.

That brings me to my last point. All this difficult work is highly specialised; it also takes considerable time and money.  It needs skills rarely found inside organisations, or even in IT service providers.

While it is well known that most IT projects run into time and money problems, the scope adjustment problem is less well articulated. Yet, taken together, these can wreck havoc on your business outcomes. 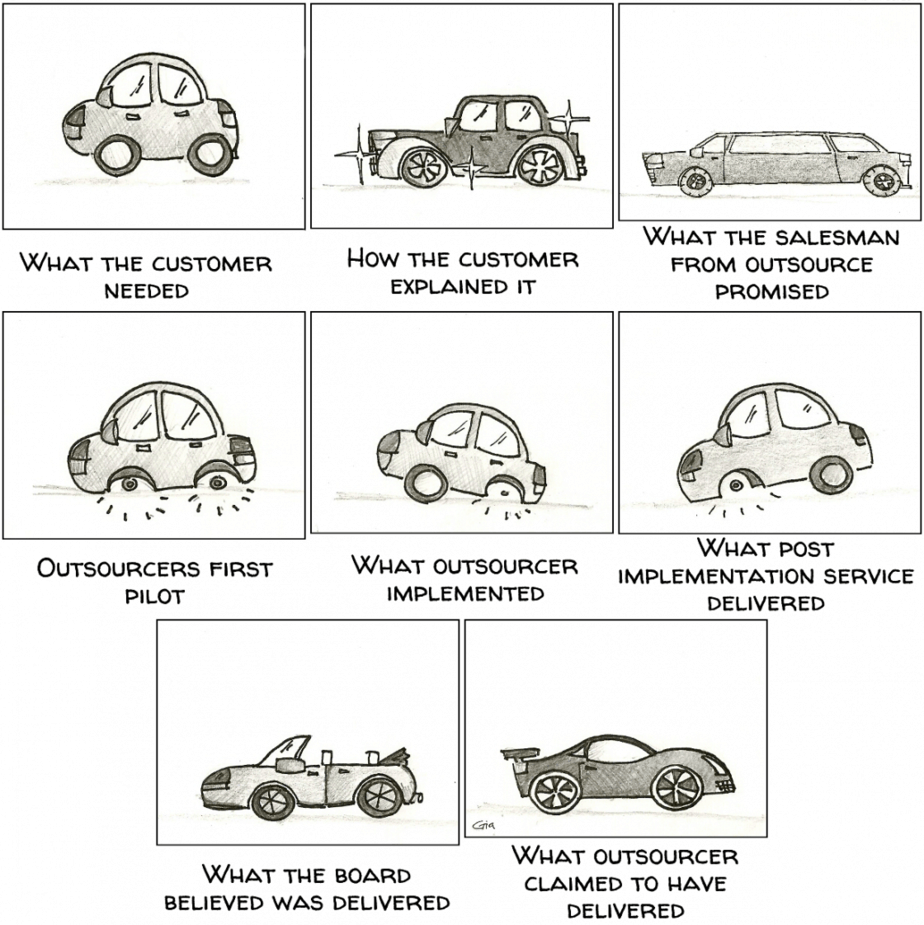 The above graphic – taken from my book OUTSOURCING 3.0 sums up the situation nicely.

In the case study quoted at the start of this post, the outcomes were a lot different than what was expected by the majority. The board made a bold decision and pulled the plug on the project in the middle. That single decision most likely saved the company in the long run. They could have saved a lot more money if, at the outset, they are created governance structure to ensure just a few key points.    After all, prevention is better than cure. 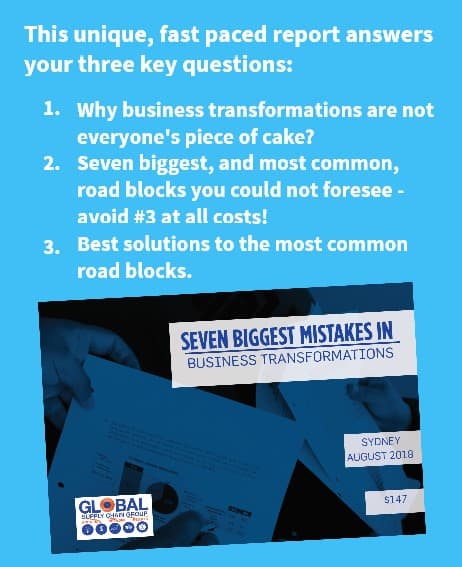 How Far Would You Go To Make Your Supply Chain More Secure?
How To Choose The Best Consultants For Your Project
Unique Supply Chain Challenges of Oil & Gas Industry
Amazon spent $28B in freight costs last year. How well are they using their advantage?
Opportunities for Start-ups in Supply Chain Security
What We Can Learn About Supply Chain Security From One of the Shrewdest Pivots In Business History